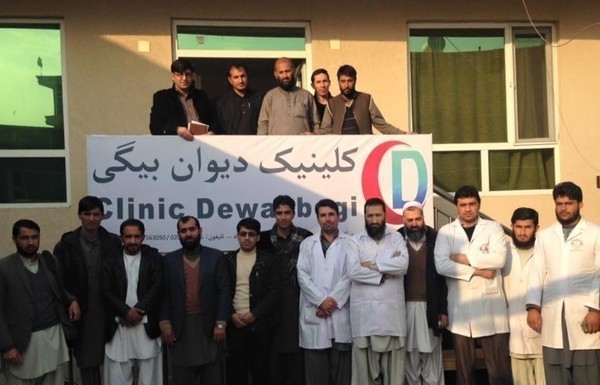 January 25, 2016 Kabul. The inauguration program started with reciting the Holy Quran by Qari Fazel Rahim. Then, Eng. Ahmad Omid, on behalf of Dr. Yahya Wardak, talked. He congratulated the people of Dewanbegi area on inaugurating the clinic and pointed out to services and tireless efforts of Dr. Yahya Wardak and Afghanic Organization. Also, he called cooperation with Afghanistan Islamic Medical Association (AIMA) a positive point. In addition, Ahmad Omid encouraged common people of the region to support the clinic and protect it from deactivation or destroying.

Later on, on behalf of people of Dewanbegi, Mr. Mohammad Saeed briefly talked. He thanked Dr. Yahya Wardak and AIMA, and he called the inauguration of the clinic as a great service and achievement.

After that, Dr. Ezatullah Hamid, responsible for Dewanbegi Clinic, talked about the services of the clinic. He considered it as a big service and said that they would attempt, day and night, to change the clinic to a big health center.